Tomb-sweeping Day is an important Chinese traditional folk festival. It is one of the important to “eight festivals” (Lantern Festival, Tomb-sweeping Day, the beginning of summer, the Dragon Boat Festival, Hungry Ghost Festival, Mid-Autumn Festival, Winter Solstice and New Year’s Eve). It is generally in the Gregorian calendar April 5.

Tomb-sweeping Day has 2500 years of history, the ancient festival called the outing, March festival, worship festival, festival grave, grave sweeping festival, Halloween Day and so on. Together with Hungry Ghost Festival on July 15 and warm clothing section on the first day of October, they are known as China’s three most famous “ghost days.”

Worship at the tomb of the grave, this custom originated very early in China. As early as the Western Zhou Dynasty, tombs burials were very seriously important. In Eastern Zhou Warring States Period, “Mencius Qi articles” also referred to a man who ridiculed often went to the grave with the begging of offerings, showing the popularity of grave ethos in the Warring States era.

Festival Custom
Sweep Tombs and Offer Sacrifices
In Chinese culture, absolute diet on Cold Food Festival and worship ancestors had been a custom. After Tang Dynasty, the Cold Food Festival was fading away and the Tomb-sweeping Day began to be popular among folk people. Up till now, people have inherited the custom of sweeping tomb in this day and offer sacrifices to ancestors. Eradicate weeds and put offerings, pray at the grave of incense, burning paper money and gold bullion, or simply a bunch of flowers to place on the memory of their ancestors.

Spring Outings
When days come to the Tomb-sweeping Day period, spring returns to the good earth. People take advantage the good weather, wandering in the countryside for recreation in the mountains when sweeping tombs. They may pull off a few sticks of willow buds and wear on the head when they go home with happiness knowing no bounds. Some people also specially go close to nature to enjoy and appreciate the vibrant spring scene in Tomb-sweeping Day. They do country walks and express the winter blues in mind. This outing is also called Springtime Excursion and in ancient times it was called probe spring and look for spring. The implication is to play on the grass in the country and watch spring scenery.

Kite Flying
Kite-flying is one of the most favored festival activities. The ancients believed that if a person is in sick condition then his sickness can be written or drawn on the rolled kite, tied with wire kite flying in the air and let it fly to high altitude on the cable cut, disease disaster will fly away with the kite together. Later, the kite-flying has gradually developed into a widely popular outing entertainment.

Swing
Swing has been popular during the Northern and Southern Dynasties. “Jingchu Chronicle” reads: “When spring long rope hanging in high wood, girls in shiny clothing color clothes sit on it and push the lead, it is called a swing.” In Tang Dynasty, swing was already a very popular game, and become an important part of festival tradition in Tomb-sweeping Day. Because swing can be seen everywhere in Tomb-sweeping Day, Yuan, Ming and Qing dynasties set for swing festival palace for the Queen, concubines and the ladies play.

Traditional Food
Artemisia Cake
On Tomb-sweeping Day, people will eat green food. There are steamed cake Artemisia in rural customs. Artemisia cake is similar to the sweet green rice ball in regions south of the Yangtze River. Artemisia pie looks green with the smell of fresh plants, it is one of the food which burn incense and offer sacrifices at the graves of our ancestors, but also provides for friends and relatives to eat. In addition, there is the custom of eating boiled eggs on Tomb-sweeping Day. 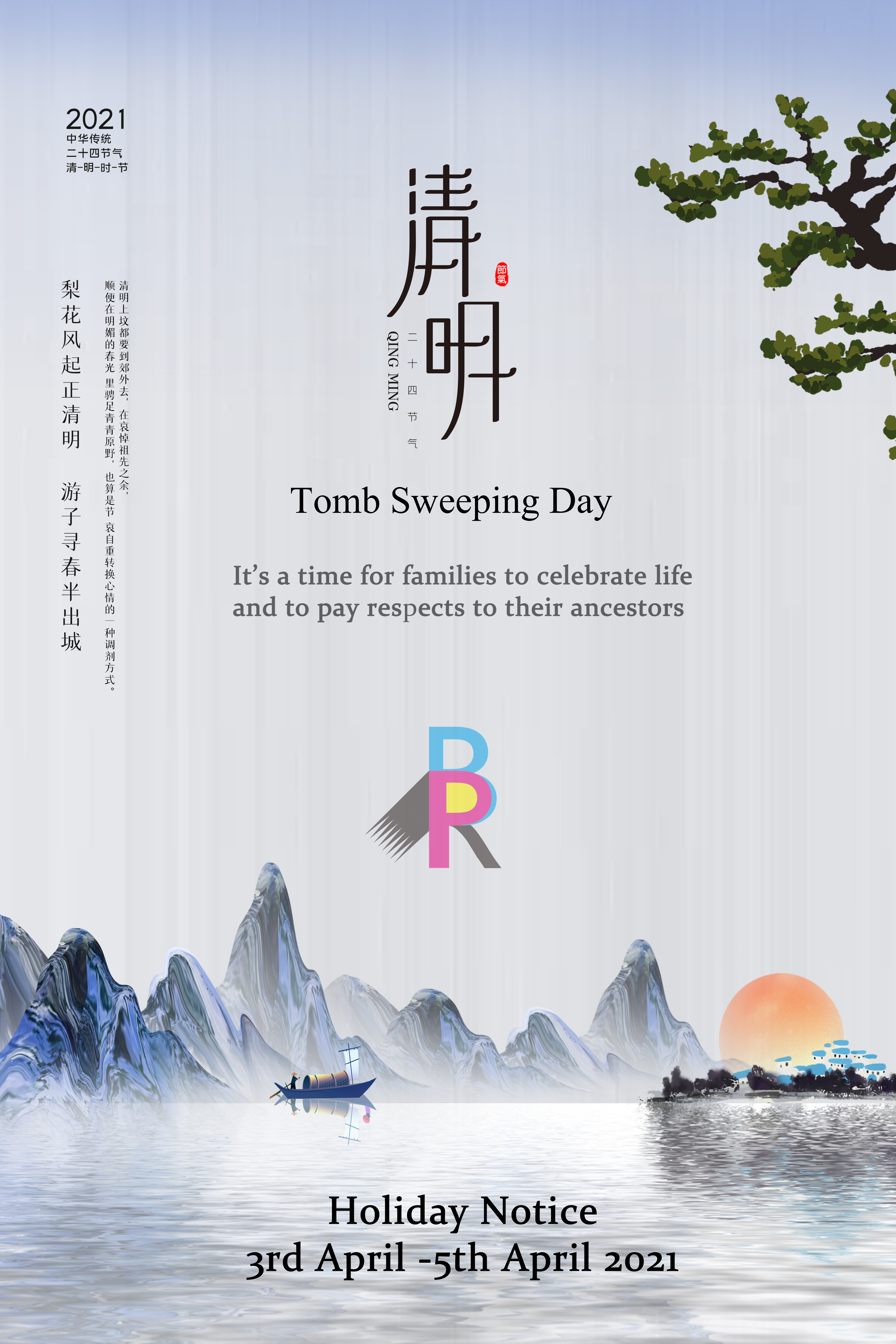