10 things you might not know about the Dragon Boat Festival

There’s more to it than just dragon boat racing

The annual Dragon Boat Festival is upon us, which means that we’re gearing up our stomachs for a healthy amount of rice dumplings, aka zongzi, and praying that the typhoon season will have mercy on the exciting dragon boat races and rowdy festivities. While many of us celebrate the holiday year after year, there are many little known details and stories about the festival and how it came to be. Here are 10 fun facts that might surprise you about the Dragon Boat Festival. 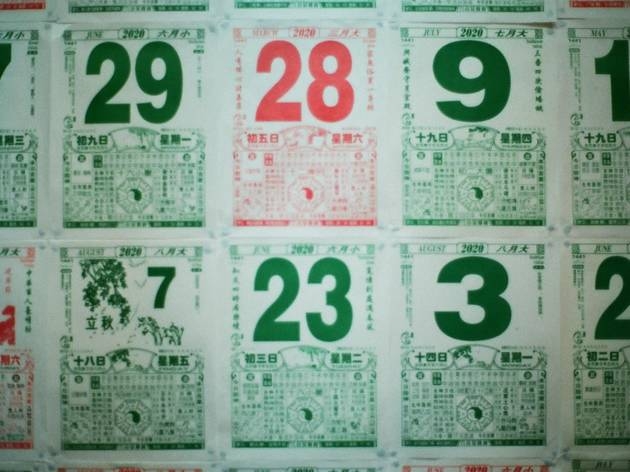 While the Dragon Boat Festival falls on a different date every year on the Gregorian calendar, the holiday actually occurs on the fifth day of the fifth month every year on the Chinese Lunar New Year calendar. Due to numerous legends and the date’s concurrence with the annual flood period and midsummer, a time when insects and bacteria tend to spread quickly, people considered this day to be a time of misfortune and adopted several customs to ward off bad luck and pray for good fortune. 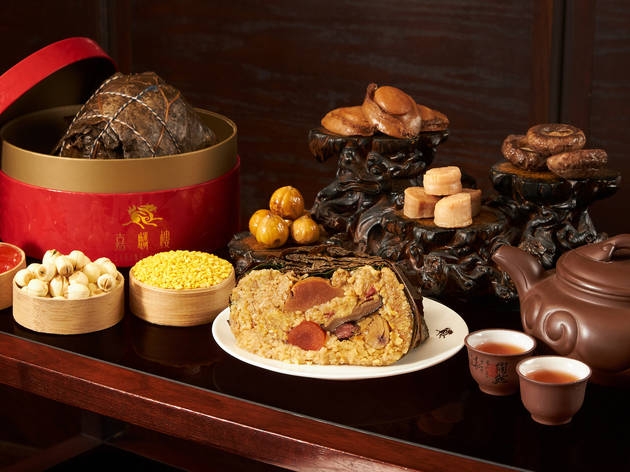 There are many stories about how zongzi came about, with the most famous one being Qu Yan’s death. However, some debate that this widely-legend is not the true origin. It is said that the dumplings were originally called jiao shu (jiao = horn, shu = grains, polished rice). In the agricultural society of ancient China, rice placed in cattle horns were used as a sacrifice. As time progressed, leaves shaped as horns later replaced the horns for economical reasons – thus, rice dumplings were born. 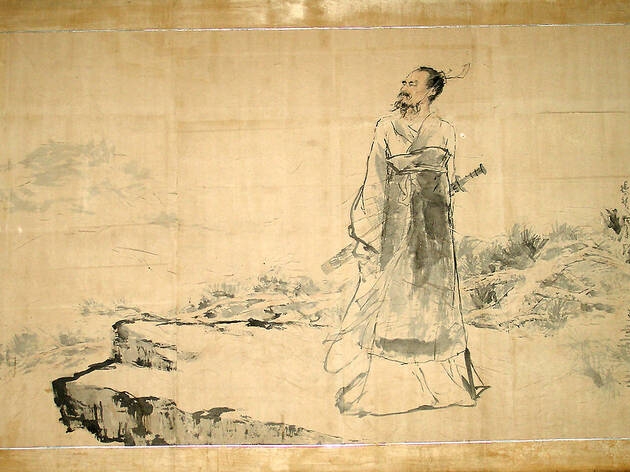 Qu Yuan is not the only person remembered on this day

Despite the popular legend of Qu Yuan, communities around China pay tribute to different people during the Dragon Boat Festival. In present Guizhou province and South China, the festival commemorates Wu Zixu, a loyal advisor to the king; Yan Hongwo in Yunnan province is celebrated among the Dai community during the same day.

What’s up with all the dragons?

In Chinese mythology, having control of the dragons gives you the power to control rivers and rainfall, one especially handy at the height of summer. Carving dragon heads onto the front of boats is a way to appease the river dragons and to prevent droughts while promising good rainfall for the rice harvest. Of course, it is also said that dragon boats were raced out to the river where Qu Yuan drowned himself in order to scare off fish that would try to eat his body. 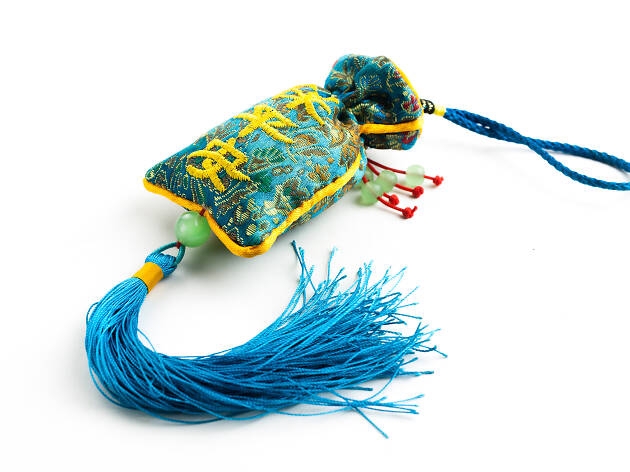 People wear a fragrant sachet to ward off evil

Traditionally, people have worn fragrant sachets to ward off evil on this unfortunate day. Filled with aromatic herbs, these colourful ornaments often feature intricate embroidery to welcome good fortune and a long and healthy life. Outside of the Dragon Boat Festival, these sachets are often used to attract better income. So keep ‘em handy all year round. 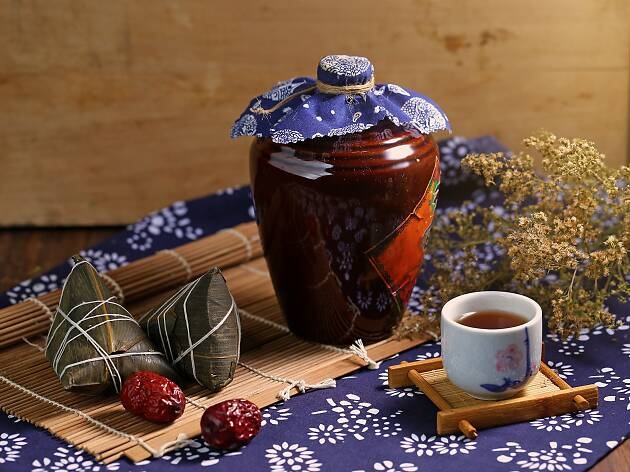 Some form of drinking is always involved

Sure, the dragon boat races, especially the revelry that takes place in Stanley Main Beach, feature plenty of beer-drinking action. But alcohol consumption is very much a traditional custom that is practised during the holiday. When the festival rolls around, people break out the realgar wine, a Chinese cereal wine mixed with powdered realgar (an arsenic sulfide mineral). The concoction is believed to be an effective antidote against mosquitoes, poison, disease and evil spirits, so take this as an opportunity to drink up! 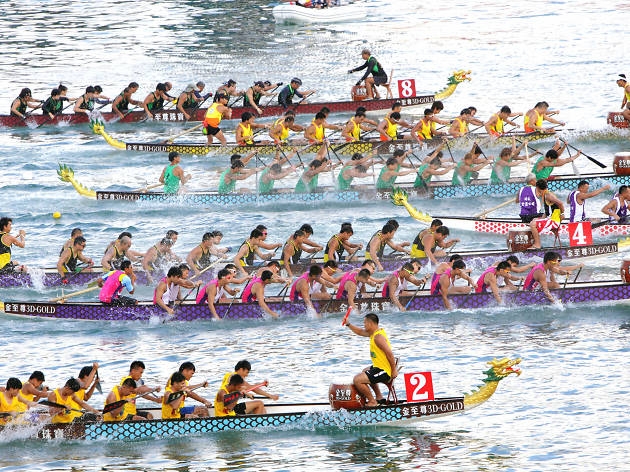 Dragon boat racing has taken over the world

The only sport celebrated with a public holiday in China, dragon boat racing is now an internationally recognized sport. Today, it is practised in more than 50 countries, with an estimated 50 million active dragon boat paddlers in the world!

If you think you’ve tried every variation of the zhongzi, think again

There are more than 20 variations of sticky rice dumplings in China alone. While you would have to do some travelling to sample all of them, there are plenty of varieties to try in China. You can go for ones with sweet fillings like red bean paste, date and melon, or dumplings with savoury fillings like salted egg, roast pork and dried shrimp. Some offer flavours with a modern twist like truffle sauce, crab meat and even sweet potato for those looking for a healthier alternative. There’s literally something for everyone’s taste buds. 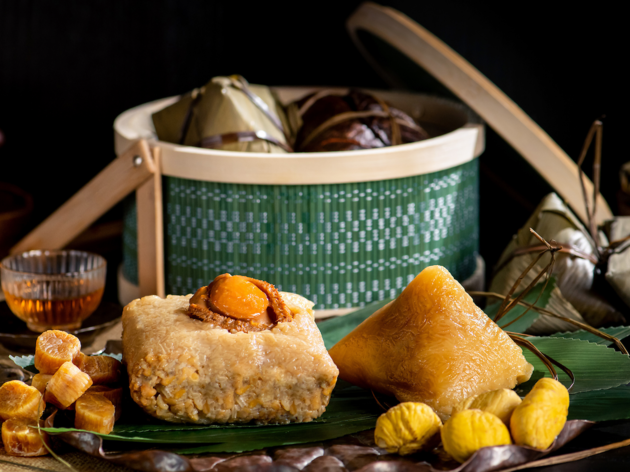 You can eat zhongzi in most dim sum restaurants

Zhongzi can be found at many dim sum restaurants in China, but you can also sample them at local congee shops around town. If you’re looking to splurge a bit and try something different, inform us and we will send some of the best rice dumplings to try this year.

By Mabel Lui and Kaitlyn Lai

Contact us, we also provide packaging to improve your brand’s appeal！！！

How to talk about vaccines